How To Write a Physics Lab Report 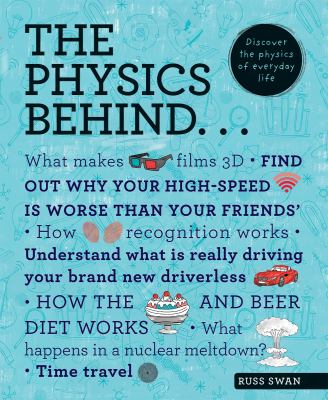 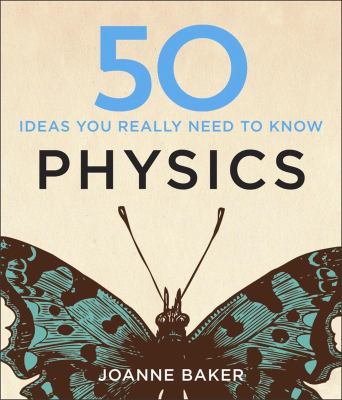 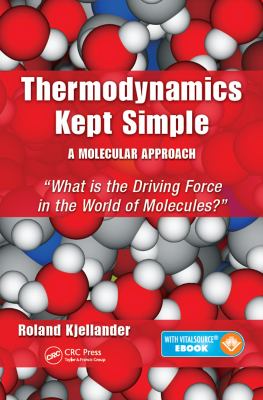 Thermodynamics Kept Simple ¿ A Molecular Approach: What is the Driving Force in the World of Molecules? offers a truly unique way of teaching and thinking about basic thermodynamics that helps students overcome common conceptual problems. For example, the book explains the concept of entropy from the perspective of probabilities of various molecular processes. Temperature is then addressed and related to probabilities for heat transfer between different systems. This approach gives the second law of thermodynamics a natural and intuitive background. The book delivers a concise and brilliantly conceived introduction to thermodynamics by focusing at the molecular level in a manner that is easy to follow and illustrated by engaging, concrete examples. By providing a guided tour of the world of molecules, the book gives insights into essential principles of thermodynamics with minimal use of mathematics. It takes as a unifying theme an application of simple but appropriate reasoning that leads to the correct mathematical relationships. Many well-chosen examples are employed to clearly illustrate the core laws and to supply valuable insight into the molecular events underlying the thermodynamic macroscopic description, such as how spreading of energy and spreading of particles can sometimes oppose each other and at other times work together. Thereby, insight into the world experienced in everyday life also is gained. The book covers key concepts such as entropy, energy transfer, heat exchange, work, enthalpy, free energy, irreversible and reversible processes, chemical equilibrium, and phase transitions. It provides an intuitive understanding of the distinction between microscopic and macroscopic states and shows how statistics play out in the molecular world. Based on the author¿s popular, classroom-proven Swedish textbook, this book presents the fundamentals of thermodynamics in a straightforward manner accessible to students at the first-year university level and beyond. 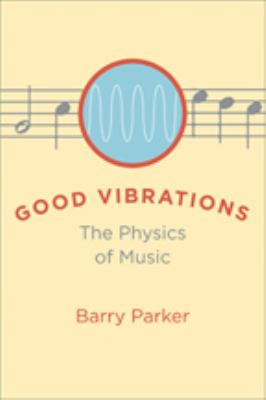 Why does a harpsichord sound different from a piano? For that matter, why does middle C on a piano differ from middle C on a tuning fork, a trombone, or a flute? Good Vibrations explains in clear, friendly language the out-of-sight physics responsible not only for these differences but also for the whole range of noises we call music. The physical properties and history of sound are fascinating to study. Barry Parker's tour of the physics of music details the science of how instruments, the acoustics of rooms, electronics, and humans create and alter the varied sounds we hear. Using physics as a base, Parker discusses the history of music, how sounds are made and perceived, and the various effects of acting on sounds. In the process, he demonstrates what acoustics can teach us about quantum theory and explains the relationship between harmonics and the theory of waves. Peppered throughout with anecdotes and examples illustrating key concepts, this invitingly written book provides a firm grounding in the actual and theoretical physics of music. 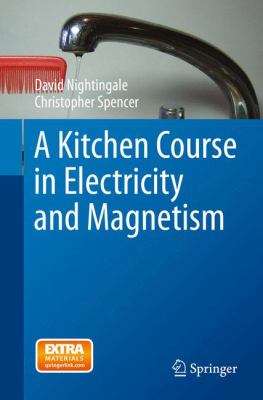 A Kitchen Course in Electricity and Magnetism

Electricity is all around us: cars, telephones, computers, lights -- the modern world runs entirely on electrons. But what are electrons? How do they behave? How do we control them? This book will show you how to build a battery, detect static electricity and construct a basic current meter, all using common items from your kitchen. Along the way you'll learn about the meaning of "voltage" and "current", what makes an LED work and the difference between AC and DC. The last chapter uses transistors -- the basic building blocks of every computer -- for lots of interesting experiments. With plenty of colorful illustrations, historical stories and an easy, accessible style, "A Kitchen Course in Electricity and Magnetism" will be a great start for budding and amateur scientists who want to learn more about how the world works. 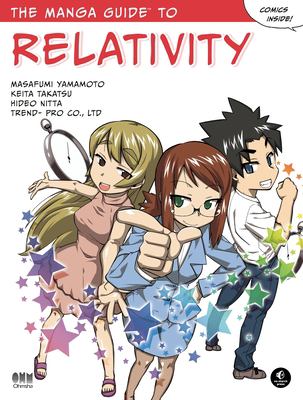 The Manga Guide to Relativity

Everything s gone screwy at Tagai Academy. When the headmaster forces Minagi s entire class to study Einstein s theory of relativity over summer school, Minagi volunteers to go in their place. There s just one problem: He s never even heard of relativity before! Luckily, Minagi has the plucky Miss Uraga to teach him. Follow along with The Manga Guide to Relativity as Minagi learns about the non-intuitive laws that shape our universe. Before you know it, you ll master difficult concepts like inertial frames of reference, unified spacetime, and the equivalence principle. You ll see how relativity affects modern astronomy and discover why GPS systems and other everyday technologies depend on Einstein s extraordinary discovery. The Manga Guide to Relativity also teaches you how to: Understand and use E = mc2, the world s most famous equation Calculate the effects of time dilation using the Pythagorean theorem Understand classic thought experiments like the Twin Paradox, and see why len 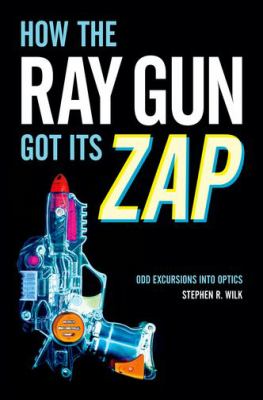 How the Ray Gun Got Its Zap

How the Ray Gun Got Its Zap is a collection of essays that discusses odd and unusual topics in optics. Though optics is a fairly specialized branch of physics, this book extracts from the discipline topics that are particularly interesting, mysterious, culturally relevant, or accessible. Theessays all first appeared, in abbreviated form, in Optics and Photonics News and in The Spectrograph; the author has updated and expanded upon each of them for this book.The book is divided into three thematic sections: History, Weird Science, and Pop Culture. Chapters will discuss surprising uses of optics in classics and early astronomy; explain why we think of the sun as yellow when it is actually white; present how the laser is used in popular film; and profilethe eccentric scientists who contributed to optics. The essays are short and entertaining, and can be read in any order. The book should appeal to general audiences interested in optics or physics more generally, as well as members of the scientific community who are curious about opticsphenomena. 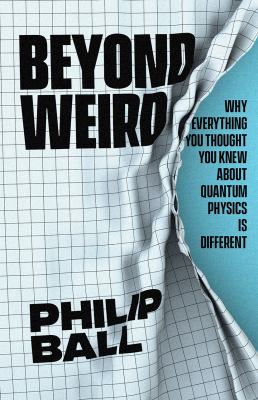 "Anyone who is not shocked by quantum theory has not understood it." Since Niels Bohr said this many years ago, quantum mechanics has only been getting more shocking. We now realize that it's not really telling us that "weird" things happen out of sight, on the tiniest level, in the atomic world: rather, everything is quantum. But if quantum mechanics is correct, what seems obvious and right in our everyday world is built on foundations that don't seem obvious or right at all--or even possible. An exhilarating tour of the contemporary quantum landscape, Beyond Weird is a book about what quantum physics really means--and what it doesn't. Science writer Philip Ball offers an up-to-date, accessible account of the quest to come to grips with the most fundamental theory of physical reality, and to explain how its counterintuitive principles underpin the world we experience. Over the past decade it has become clear that quantum physics is less a theory about particles and waves, uncertainty and fuzziness, than a theory about information and knowledge--about what can be known, and how we can know it.  Discoveries and experiments over the past few decades have called into question the meanings and limits of space and time, cause and effect, and, ultimately, of knowledge itself. The quantum world Ball shows us isn't a different world. It is our world, and if anything deserves to be called "weird," it's us.