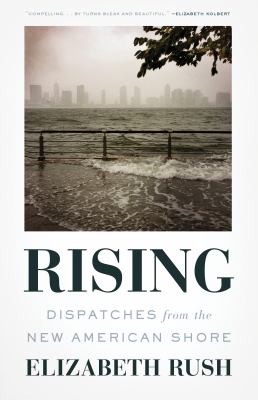 FINALIST FOR THE PULITZER PRIZE IN GENERAL NONFICTION WINNER OF THE NATIONAL OUTDOOR BOOK AWARD ACHICAGO TRIBUNE TOP TEN BOOK OF 2018 AGUARDIAN, NPR'sSCIENCE FRIDAY,PUBLISHERS WEEKLY, ANDLIBRARY JOURNAL BEST BOOK OF 2018 Hailed as "deeply felt" (New York Times), "a revelation" (Pacific Standard), and "the book on climate change and sea levels that was missing" (Chicago Tribune),Rising is both a highly original work of lyric reportage and a haunting meditation on how to let go of the places we love. With every passing day, and every record-breaking hurricane, it grows clearer that climate change is neither imagined nor distant--and that rising seas are transforming the coastline of the United States in irrevocable ways. InRising, Elizabeth Rush guides readers through some of the places where this change has been most dramatic, from the Gulf Coast to Miami, and from New York City to the Bay Area. For many of the plants, animals, and humans in these places, the options are stark: retreat or perish in place. Weaving firsthand testimonials from those facing this choice--a Staten Islander who lost her father during Sandy, the remaining holdouts of a Native American community on a drowning Isle de Jean Charles, a neighborhood in Pensacola settled by escaped slaves hundreds of years ago--with profiles of wildlife biologists, activists, and other members of these vulnerable communities,Rising privileges the voices of those too often kept at the margins. 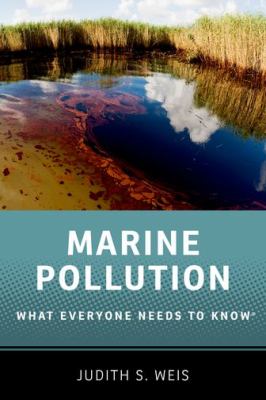 Marine pollution occurs today in varied forms - chemical, industrial, and agricultural - and the sources of pollution are endless. In recent history, we've seen oil spills, untreated sewage, eutrophication, invasive species, heavy metals, acidification, radioactive substances, marine litter,and overfishing, among other significant problems. Though marine pollution has long been a topic of concern, it has very recently exploded in environmental, economic, and political debate circles; scientists and non-scientists alike continue to be shocked and dismayed at the sheer diversity of waterpollutants and the many ways they can come to harm our environment and our bodies.In Marine Pollution: What Everyone Needs to Know, Judith Weis covers marine pollution from many different angles, each fascinating in its own right. Beginning with its sources and history, the book describes in detail each common pollutant, why exactly it is harmful, why it may draw controversy, andhow we can prevent it from destroying our aquatic ecosystems. Weis discusses topics like what actually happened with the Exxon Valdez, and why Harmful Algal Blooms are a serious concern. Later chapters will discuss pollutants that are only now surfacing as major threats, such as pharmaceuticals,personal care products, and metal nanoparticles, and explain how these can begin in the water and progress up the food chain and emerge in human bodies. The book's final section will discuss the effects of climate change and acidification on marine pollution levels, and how we can reduce pollutionat the local and global levels. 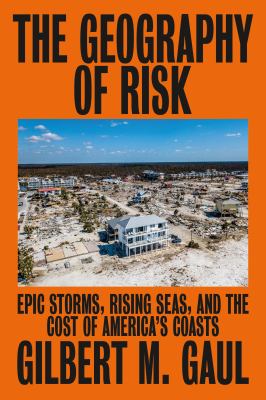 The Geography of Risk

This century has seen the costliest hurricanes in U.S. history--but who bears the brunt of these monster storms? Consider this: Five of the most expensive hurricanes in history have made landfall since 2005: Katrina ($160 billion), Ike ($40 billion), Sandy ($72 billion), Harvey ($125 billion), and Maria ($90 billion). With more property than ever in harm's way, and the planet and oceans warming dangerously, it won't be long before we see a $250 billion hurricane. Why? Because Americans have built $3 trillion worth of property in some of the riskiest places on earth: barrier islands and coastal floodplains. And they have been encouraged to do so by what Gilbert M. Gaul reveals inThe Geography of Riskto be a confounding array of federal subsidies, tax breaks, low-interest loans, grants, and government flood insurance that shift the risk of life at the beach from private investors to public taxpayers, radically distorting common notions of risk. These federal incentives, Gaul argues, have resulted in one of the worst planning failures in American history, and the costs to taxpayers are reaching unsustainable levels. We have become responsible for a shocking array of coastal amenities: new roads, bridges, buildings, streetlights, tennis courts, marinas, gazebos, and even spoiled food after hurricanes.TheGeography of Risk will forever change the way you think about the coasts, from the clash between economic interests and nature, to the heated politics of regulators and developers. 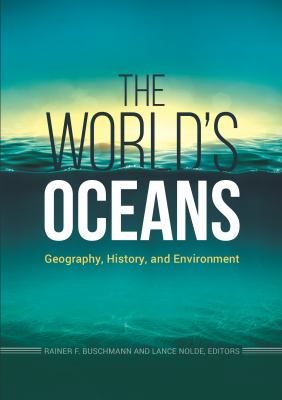 Dead zones are on the rise... Human activity has caused an increase in uninhabitable, oxygen-poor zones--also known as "dead zones"--in our waters. Oxygen is the third most abundant element in the universe, and it is a necessity for nearly all life on Earth. Yet many rivers, estuaries, coastal waters, and parts of the open ocean lack enough of it. In this book, David L. Kirchman explains the impacts of dead zones and provides an in-depth history of oxygen loss in water. He details the role the agricultural industry plays in water pollution, showcasing how fertilizers contaminate water supplies and kickstart harmful algal blooms in local lakes, reservoirs, and coastal oceans. Algae decomposition requires so much oxygen that levels drop low enough to kill fish, destroy bottom-dwelling biota, reduce biological diversity, and rearrange food webs. We can't undo the damage completely, but we can work together to reduce the size and intensity of dead zones in places like the Gulf of Mexico, Chesapeake Bay, and the Baltic Sea. Not only does Kirchman clearly outline what dead zones mean for humanity, he also supplies ways we can reduce their deadly impact on human and aquatic life. Nutrient pollution in some regions has already begun to decline because of wastewater treatment, buffer zones, cover crops, and precision agriculture. More needs to be done, though, to reduce the harmful impact of existing dead zones and to stop the thousands of new ones from cropping up in our waters. Kirchman provides insight into the ways changing our diet can reduce nutrient pollution while also lowering greenhouse gasses emitted by the agricultural industry. Individuals can do something positive for their health and the world around them. The resulting book allows readers interested in the environment--whether students, policymakers, ecosystem managers, or science buffs--to dive into these deadly zones and discover how they can help mitigate the harmful effects of oxygen-poor waters today.